They see me roar..
They wonder why I soar..
They wonder why I am..
The way that I am..
They question why I live the way I do..
They marvel at my every move..
They look at my being..
My wild hair..
My passionate personality..
My outrageous clothes..
The unexpected actions..
They see my free spirit parading..
The animal within displayed..
I tell them don’t judge me..
Don’t try to change me..
Don’t try to tame me..
I’m a lost cause..
Either fly with me..
Or watch me rise..

We used to have everything..
I your Cinderella..
You my Prince Charming..

Laying under the night sky..
Counting stars and making love..

Embracing blissfully and talking till the sun comes out..
Walking hand in hand and kissing on the streets..

Living in our own beautiful, magical world..
Whispering “I love yous”..

Wherever you are..
Dream a little dream of me..
As my mind and heart lingers on you..
Sweet dreams with bitter longings haunt me..

An angel, yet devilish you are..
Pure and corrupted all at once..
Powerful, with a hint of vulnerability on the inside..
Cruelly hard edged, yet savagely sweet..
With ice cold eyes which hide severe emotions..
You are my fantasy mixed with my reality..
Haunting me with your nightmares..
Then soothing me with your sweet dreams..
I knew I loved you long before..
Before you sauntered into my life you wicked angel..
2.925088 101.657381

My mind is a torturous hole
Never leaving me on my own
Forever insisting on ripping my soul apart
Always pondering though out scenario or another
One “what if” or the other
One painful memory or another
I am eternally sucked into my abyss of a brain
Leaving my spirit stained with blotches of sadness
How am I ever to survive..

My life..
My love..
My only one..
Or so i thought..
You, my dream,my fantasy..
No longer my reality..
My source of light,of joy, of love, of all things wonderful..
Now my cause for pain, for heartache, for pure torture..
You, who captured my soul, my heart in beautiful rose nets..
Now leaves me captured in torment, in black vines of death..
With no hope, no faith of survival..
I crave for your adoration, your touch, your voice..
Because you are mine no more..
I long for your memories to leave me..
Night in and day out your face haunts my existence.. 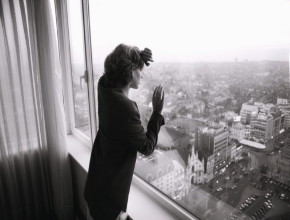 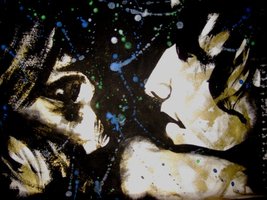 The following poem was inspired by a beautiful, yet very sad song that i have loved for years.. 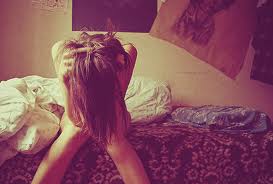 The lights dim and i see you in my dreams

But I cant make you love me

Love hurts love destroys
Love leaves me lifeless
Love disappears
But my love for you wont fade away
This is the song that inspired me to write this poem.. 🙂 hope you like both the song and the poem..
http://www.youtube.com/watch?v=nW9Cu6GYqxo
2.925088 101.657381

“I can explain” She said breathlessly as she tried to find something to cover herself in. 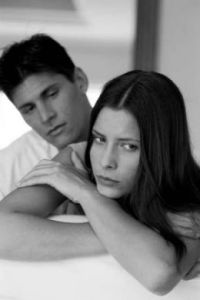 This work by Abigail Kabomo is licensed under a Creative Commons Attribution-NonCommercial-NoDerivs 3.0 Unported License.